“…practically all my aerial adventures during the last decades had been in gliders.” I wrote in my first post. I put a similar statement in my introductory mail to Juli. Admittedly, that doesn’t say a lot more than that I had been active in the soaring world for quite some time. Whether I had built my experience instructing with thousands of launches and landings or with thousands of cross country miles in pursuit of records, trophies or adventures was up to speculation.
But let’s back up a bit: how did I get involved with soaring in the first place? 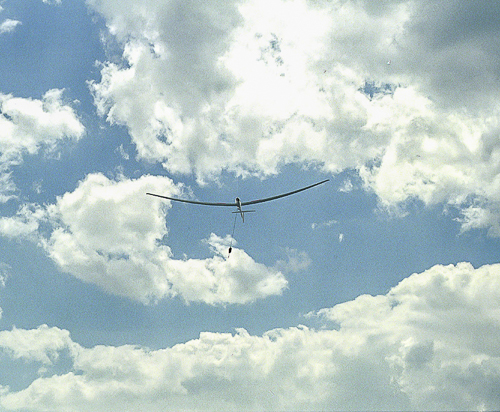 It was something like an act of defiance to a big disappointment. In my desire to become a professional pilot I had applied to Lufhansa halfway through my last year in high school. Getting a private pilot license on my own was completely out of reach financially. Not only that, I really wasn’t interested much in flying small “simple” airplanes on a nice sunday afternoon for a hobby. It was the complexity and challenge to pilot big machines in any weather to places far away and being responsible for a cabin full of passengers while doing so which attracted me.
I passed the first interviews and was invited to Lufthansa’s cruel one week selection-grind. As one of 5 out of 35 applicants I made it to the last  round and got a final thumbs up by the officials on day 4. On the last day, however, the flight surgeon shrugged his shoulders after he was through with me as the last candidate and said: “Two of your comrades I had to sent home, two passed, but in your case I’d have to talk to the committee before telling you yes or no.” What? The committee had already given its okay and congratulated me!
Four weeks later I got a letter: rejected, no reasons given!
I was devastated! What now?
Several months later, I had graduated from high school in the meantime, some angel (whom I don’t remember) pointed me towards a tiny note in the local newspaper, where a nearby soaring club offered a two-week beginner’s camp: as much instruction as the weather would allow, board and lodging included for the incredible bargain of 300 Deutsche Mark. After some consideration I signed up, figuring that this was an affordable way for me to at least find out what piloting was about.
Well, I soloed during the first week and by the end of the course I was already a member of the club. The rest is history.
The more I learned, the more competent I became, the more I liked it. What a great way to fly!
“Dancing with the wind, playing among clouds, enjoying what the interplay of Nature’s forces with advanced aerodynamics offered, that’s what I spent most of my free time on” I have written already here.

By the time I had sent out my plea for assistance to Juli I had about 2600 hours glider time logged, soaring in, or rather above, Germany, Austria, Switzerland, France, the USA and Argentina. Although I wouldn’t call myself a specialist in mountain flying, I always considered flying in/over the Alps, the Rockies or the Andes a special treat. I experienced many of the most fascinating and memorable moments in my soaring “career” while crossing or cruising above those big mountain ranges. 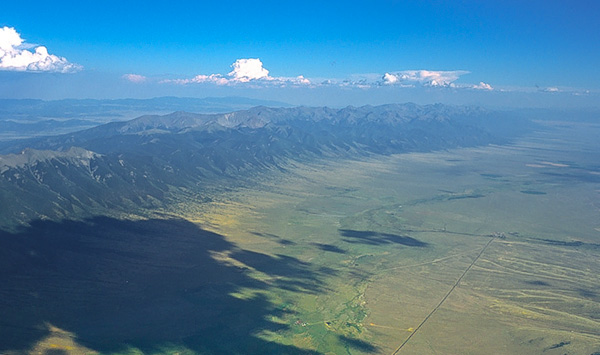 All of the above I condensed into two paragraphs and sent them off to Juli in Idaho. I wanted to reassure the authors of  those well-meaning messages who had so succinctly warned me about crossing the Rockies in any of those airplanes I was favoring.

Interestingly enough, the only comment came back from the pilot who had flown a Cessna 120 from Idaho to Southern California: ” Herr Wolf can obviously fly. Now he just has to work around the US legal issues…..”

More about that later.