Once I had convinced myself that there actually was a chance to realize that dream – which is to say that I convinced myself to sacrifice a small nest egg – I dove into the internet to look for used Cessna 170’s. 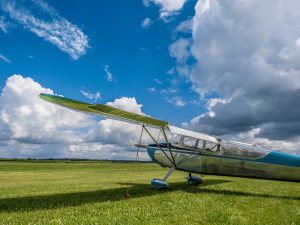 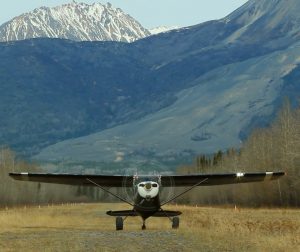 Pictures, pictures… I wanted to see what the 170’s, which were still around after having rolled out of the factory in Wichita in the early Fifties, looked like and what they were selling for. And within Google-minutes I was all over the web finding beautifully restored showroom originals, as well as old workhorses, highly modified  for a variety of tasks and adventures in the Wild of Alaska.

Then I began to fantasize about my upcoming flying adventures and within seconds I was on YouTube binge watching backcountry pilots flying their balloon-tire Cessnas – and other bush planes – across the country, into beautiful remote strips in the western US or landing on gravel bars in Alaska.

It didn’t take long until the embers of my dream had caught on fire.

As a first step my playing – aka surfing the web – was a good way to get me going, to make me aware about the different aspects of my project. It wasn’t only about finding – and buying – the right plane. I had to get back into power plane flying as practically all my aerial adventures during the last decades had been in gliders, and there were administrative hurdles to clear. But given my financial constraints the first order of business was to check if my desires as far as Cessnas, or any other ‘classic’ taildraggers, were concerned could be met by my (first) budget.