So, did it – ie the resurrection of my dream –  start in an arts works ?

Well, yes, kind of…
In fact, since ”it” – aka my dream – got reanimated in the workshop and woke up there, it was to be expected that it would also get up and stagger around in that ambiente with repercussions on my artistic activities. In earlier sessions of our group I had stuck to my photography projects but the incessant poking for true motivation and passion behind our creative work by the fearless leader made me, and pretty much everybody else, slowly change focus and sometimes even tools. 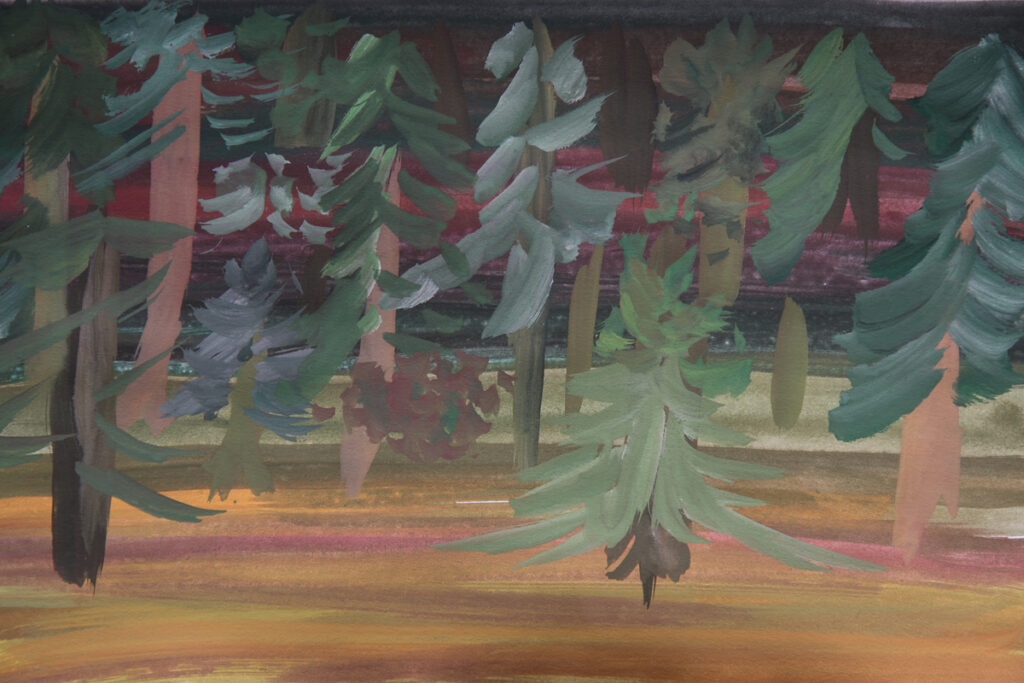 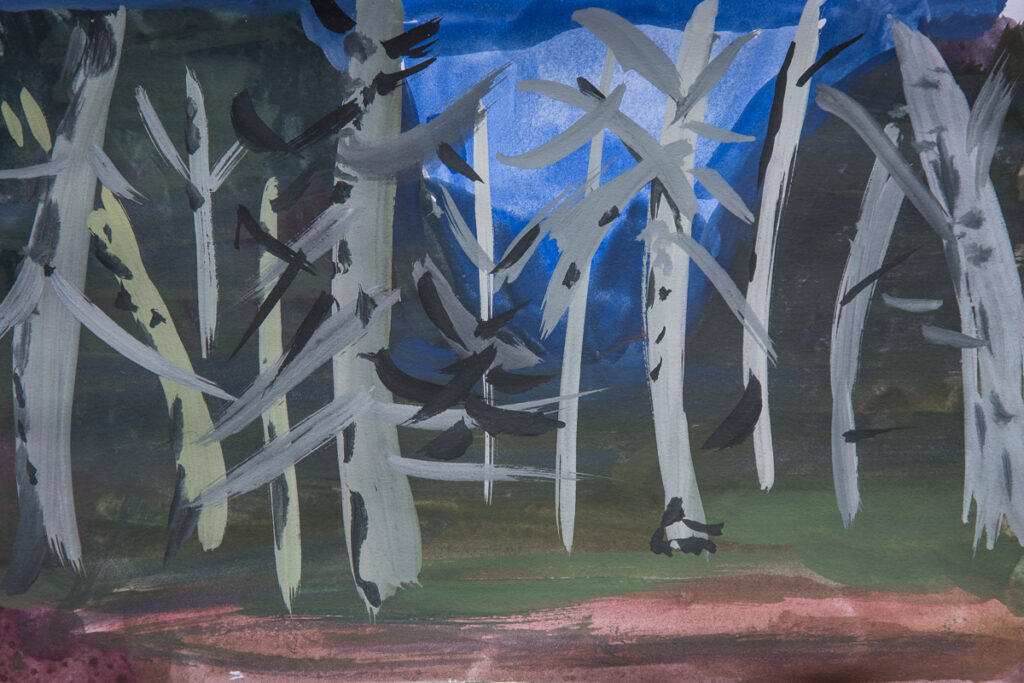 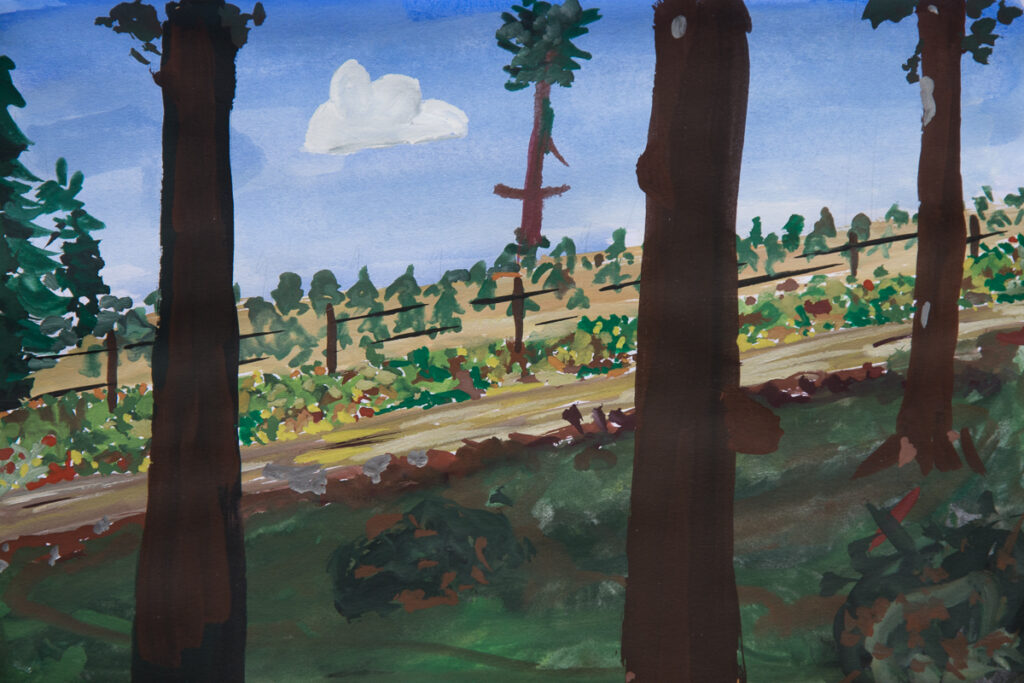 Could art help me to figure out where my passion for flying came from, or how it developed?
If so, I had to go back to my infancy and dig there – and I had to do it by drawing or painting since it afforded me a slower, more deliberate approach than the quick snapping of a photograph.

So I began to paint some memories from pre-flying times.

Accompanying my father when he was inspecting the provincial forest he administered I would often play hide and seek with my brother in the darkness between the trees.

At first the few rays of light from above would only help with orientation.

But over the course of time, a year perhaps, looking up held my attention more and more. There were all those windows to the sky, formed by branches and leaves and treetops. Not only did they invite me to invent stories about things and happenings above, they were also acting like portholes through which I saw, or imagined, the weather.

That’s when clouds became interesting, my view tilted downward to more open vistas which included the horizon, and the hide and seek game lost its appeal.
I began to develop an early form of a “heavenly addiction”.

Deeper than that I didn’t get with my digging. Yes, in some of those invented tales airplanes appeared briefly, but flying itself hadn’t entered my conscious yet. What triggered the decisive moment, the change from fear to passion, remained, and remains, a mystery.
I left it there – the past, that is – and moved into the future: “paint your expectations” was the next assignment.

Part of those expectations were, of course, places I dreamt of visiting: crossing the Mississippi, where Huck and Jim once floated down on their raft, camping in Idaho’s backcountry and getting ready to explore New Mexico’s high desert.

Will I ever see those spots?