Yes, I had fun, tons of fun, at “airventure 2018” – as the Oshkosh fly-in is called officially – but the “first things first” – stuff still needed to get done. 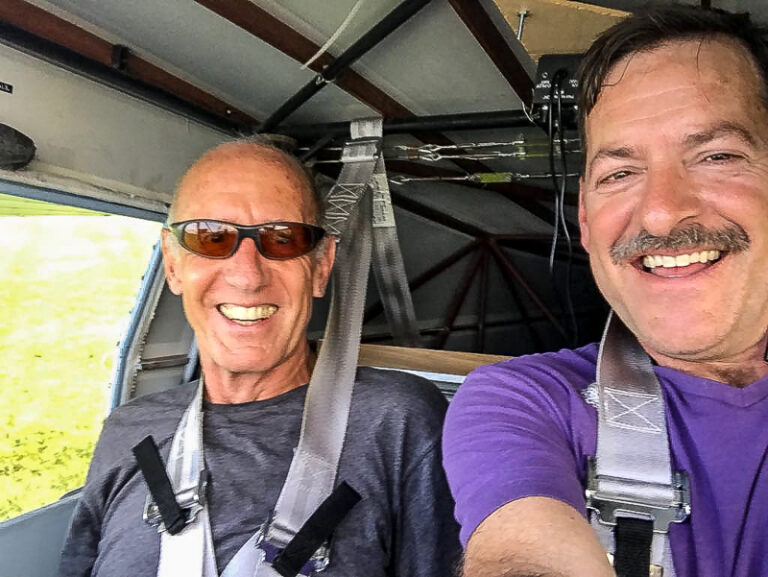 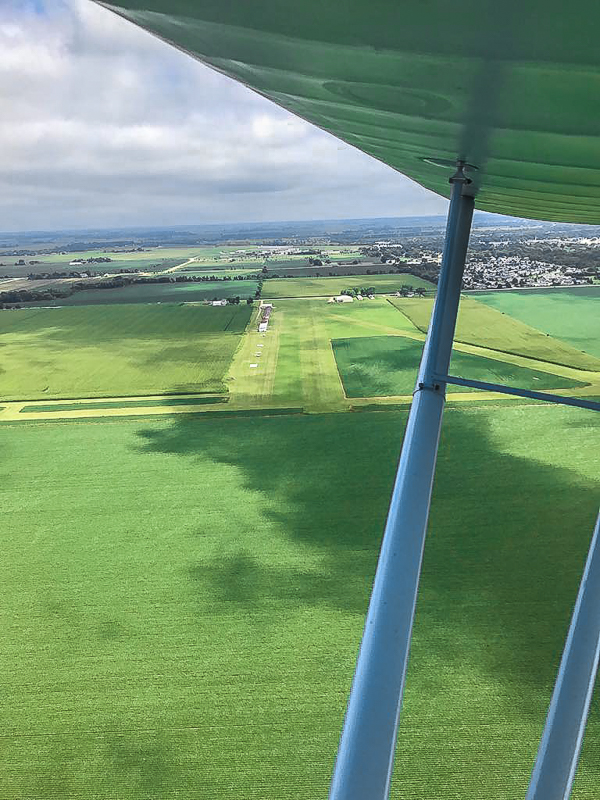 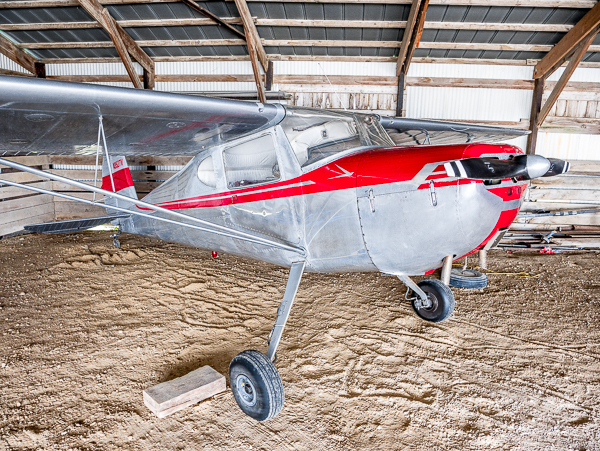 The #1 first thing: my medical.
I was somewhat apprehensive about it as I mentioned before, but I shouldn’t have been. After a pleasant thirty minutes in the office of Dr. Ostrom I walked out with a fresh Third Class Medical w/o limitations.

Now on to the #2 first thing: the tailwheel endorsement.
Given my first trial session several months before I was fairly optimistic about getting it done within a reasonable amount of time and money. And when my friend Roderick offered to provide plane and instruction, the big “Where?” and “With Whom?” questions were resolved, as well.

After a short flight to introduce me to plane and airport we switched seats and the instruction began. My first attempts to land the vintage Taylorcraft worked out ok. I’d call them soft impacts as they were not quite – or not yet – the ‘kissing the leaves of grass’ before letting her settle. Fun it was, interspersed with some memorable moments owed to the fact that there are no brakes on the copilot’s, the instructor’s, side….
After three evenings of flying and almost 5 hours of getting to know the old bird, mostly practicing three-pointers and wheel landings, weather and work interfered. We wouldn’t be able to finish my training before the trip to Oshkosh came up. And after that, as we found out rather unexpectedly, NC22606 would be out of annual!

After two hours of calling around I lucked out: Poplar Grove Airmotive came to rescue. They even had a Cessna 140, the little brother of the 170, and a number of instructors to (hopefully) bring me to the required level of competence within the last week remaining of my stay in the US.

And they did! After a couple more hours I got the coveted signature!

And wouldn’t you believe it? That very evening I saw an ad for a really nice C170B on barnstormers.com – right around the corner in Wisconsin. Now, with my new “certificate” in hand, I felt there was no time to loose and I sent an email right away to indicate my interest and ask for details and documents.

Was I nervous? Of course!
What if the paperwork was ok and a fair price agreed upon?
Well, I would have to reschedule my flight out of O’Hare, get the car rental extended and drive up to WI to look at it.
That was the easy part, but then…?
Who would do a thorough pre-buy inspection?
Where would I find a hangar, if indeed I was going to buy it?
Would the admin-part of the transaction really be as straightforward as I had read – and been told?

Many more – and unexpected – question popped up during the following night and kept me awake.

The email reply came early the next morning:
“Wolf, we are working with someone planning to fly in commercial and pick up the plane sight unseen…”

Wow, -sight unseen- !
Was this the only way to buy a plane in high demand?
I was slightly shocked!
How could I ever be fast enough if I was doing my searching from overseas?
The impact I felt when I considered the consequences was definitely harder than my early taildragger landings.

No rescheduling of any sort necessary now!

Would an intercontinental flight through the night be long enough to digest what I had just experienced – and to come up with appropriate ideas to change my searching process and strategies?